International students have become an integral part of the university experience in many countries. They bring new cultures, ideas, and perspectives to their school. This article will explore the top six destinations for international students and why they are so popular.

The United States has the most international students of any country in the world. There are many reasons for this, including the fact that English is the dominant language spoken in academic and professional circles around the world. The United States also has a strong higher education system and offers a wide variety of degree programs.

Another reason so many students choose to study in the United States is that it is a culturally diverse country with a rich history. Students can experience new cultures and lifestyles while they attend school.

Additionally, universities here offer some of the best chemistry and biology laboratories facilities, allowing students to gain valuable experience in these fields.

Australia is another popular destination for international students, particularly those interested in studying science and mathematics. Australian universities have a strong reputation for teaching these subjects, and many of them offer degrees that are not available at schools in other countries.

The weather in Australia is also much more excellent than in most other countries, which makes it a desirable place to study. Additionally, the cost of living in Australia is relatively low compared to other developed countries.

The United Kingdom is another popular destination for international students. Like the United States, English is the dominant language spoken in academic and professional circles worldwide. The United Kingdom also has a strong higher education system, offering a wide variety of degree programs.

In addition, universities in the UK have a reputation for being some of the best in the world. They are known for their research facilities and for providing excellent educational opportunities to their students. Finally, the United Kingdom is a culturally diverse country with a rich history, making it an attractive destination for international students.

While Taiwan does not have nearly as many international students compared to other countries like China, it still attracts an impressive number each year due to its high-quality institutions of higher learning at reasonable prices. English language instruction is readily available for those who need extra practice before arriving on campus, enhancing the overall academic experience for returning Taiwanese nationals who want to study in their home country.

Additionally, Taiwan offers an exciting mix of traditional and modern cultures that are often juxtaposed against each other in everyday life. Students can experience a wide range of activities and sights while attending school, making it an attractive destination for those looking for an immersive academic experience.

Germany is another country that attracts a large number of international students every year. This is due, in part, to the fact that German universities have some of the best academic reputations in the world. With the reputation comes a lot of commitment while at it, but knowing that someone can chemistry homework help for me frees up a lot of my time. This means that the time that would have been used to deal with the assignment is now available for other activities.

Additionally, Germany has a strong econom, and many well-paying jobs are available to those who graduate from a German university. The cost of living in Germany is also relatively low when compared to other Western European countries.

There are several reasons for this surge in Chinese students:

Today, the world is more connected than ever before. People are moving from one country to another in search of greener pastures, both literally and figuratively. As explained in this piece, the number of students studying abroad has been on the rise in recent years. By reading this article, you will gain an in-depth understanding of the top countries with most international students, why this might be happening, and what implications it may have for international education and global development. 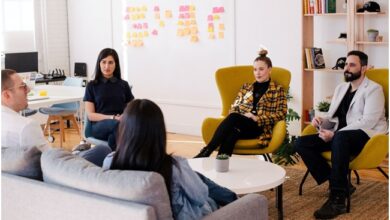 10 tips on how students can fight the creative crisis 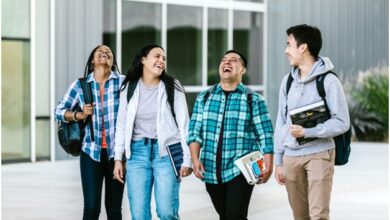 Why You Should Consider Pursuing Your MBA in Singapore.

Strategies To Overcome The Fear Of Writing.