Video game players enjoy the golden age of gaming in the U.S. right now. Various mediums ranging from consoles to PCs enable gamers to enjoy a plethora of video games. Since there are no exclusives anymore, you can enjoy any game on any medium that you want.

It seems that video game creators decided it’s best not to divide the crowd and let anyone play the game on their preferred device.

Those who can’t play video games tend to watch others play top USA games on various streaming platforms. It may not be the same experience as playing the games themselves but it’s a good experience nevertheless. Therefore, let’s have a look at top video games played in the USA.

This 11-year old sandbox game is still the top played game in the USA. You’d imagine that graphics or CGI would play a pivotal role in determining a game’s popularity but it’s not. It seems that unlimited world-building capabilities, cooperation and competitiveness are the major factors in this case.

Call of Duty first-person shooter games have always been popular. This is one of the best-selling franchises of all times. Call of Duty: Black Ops, the title from 2020, is currently the most popular game in the U.S. and 36% of gamers said that they play the game regularly.

GTA V was released back in 2013 and it’s still one of the most played games in the U.S. even today. Although gamers have been complaining to publishers about the next installment in the franchise for years, GTA V still remains as one of the most popular titles in the GTA series. Most of the game’s popularity originates from the multiplayer feature that everyone in the U.S. enjoys so much.

A lot of people remember the Read Dead Revolver form 2004, as well as the prequel Read Dead redemption form 2010. When RDR 2 was announced in 2018, all the fans of the franchise were ecstatic about it.

Rockstar Games who published the title didn’t disappoint their audience. Publishers even introduced RD Online a year later and gamers loved it. The game has a large fanbase and a lot of active players in the U.S. even today.

It’s difficult to specify which MOBA game is the most popular in the U.S. because players come and go all the time.

PC and console games, such as Dota 2, League of Legends (LoL), Overwatch, Smite and many other titles are very popular with thousands of active players all over the world, not just the U.S.

These types of games are very popular, especially with the younger crowds. Their community may be called salty and toxic but the games are being played nonetheless.

Just because the game is old it doesn’t mean it’s any less relevant today. People play games because they like it, not just because they are brand new or they have the best graphics ever. It’s easy to see what gamers like based on what they play today. Maybe some game publishers should consider this fact more often.

The Growing Popularity of Online Casinos in the US

What Does the Resurgence of Atlantic City Casinos Mean for iGaming in NJ?

Games That Made Online Gambling a Million-Dollar Industry 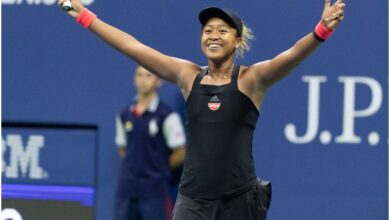