It is very hard to explain why this is such a difficult question. The best games to relax at home might look very different for different people and what someone finds relaxing can vary significantly.

Generally, there are three ways how most people relax:

And, as most people have noticed from this list, they would find the other two annoying. Or, at least, they wouldn’t find them relaxing in the slightest. It is possible how our individual brains are wired and find other things bringing in the good chemicals to the brain.

For some people, playing in live casinos online would be highly stressful, while for others it will be a relaxing time competing with others. Similarly, while some players find RPG games where they can immerse themselves in a story completely relaxing, others would find it a chore.

It might be difficult to adequately describe and classify casual games, but any game that mostly works on mechanics and doesn’t have a deep story or lore can be a casual game. Also, in most cases, you can just start and drop these games whenever you want.

One of the classical examples that probably started the craze with casual games was the 2003 game Zuma that reached global success even with rather basic mechanics and gameplay. This was exactly because it wasn’t too demanding and you could drop it at any time without losing too much progress.

And the entire genre of puzzle and casual games came out of this, and the main benefit is that they are, in general, available on any type of mobile device. Additionally, online gambling games would fall into this category but are usually divided because there is an option to win money, which is always legally regulated.

Still, in the newest online casinos, you can find a lot of very interesting games, both traditional and new, that would be quite relaxing for a lot of people.

While there are competitive RPG players, as well as those who have set goals for themselves to complete a game at 100% or min/max their characters, a lot of people play RPG games just for the story and love relaxing within a world they love.

The downside of RPG games is that they usually take a lot of our time and there is a pull to keep us in the story until the end of the chapter. Games like Divinity: Original Sin, as well as its sequel, can really pull you in and hold you in that world for hours on end.

But, for some people who are trying to get away from the drama and noise of real-life staying in the drama of the Divinity series might be just what the doctor ordered. And that is probably why such games, as well as others like Elder Scrolls, have so many players.

Although it might sound weird for anyone who has spent a lifetime playing games, some people really gain energy from human interaction. Social vampires probably.

Jokes aside, relaxing through unfocused human interaction might be the best way for many to relax at home. Games with chatting like Valorant might sound hard and often toxic for some, but relaxing and refreshing for others. Here you can talk with other people, frequently resorting to smack-talk and trying to beat each other in the online arena.

Similarly, games that have chats would also fall into this category, as well as any game that would have your webcam activated while you play. A large selection of MMORPG games, as well as online tabletop games through D20, would work as well if you are more inclined to mix categories 2 and 3.

Regretfully, the downside is that it can be toxic, and those who can’t detach comments in-game from their real-life might want to avoid it.

The Growing Popularity of Online Casinos in the US

What Does the Resurgence of Atlantic City Casinos Mean for iGaming in NJ?

Games That Made Online Gambling a Million-Dollar Industry 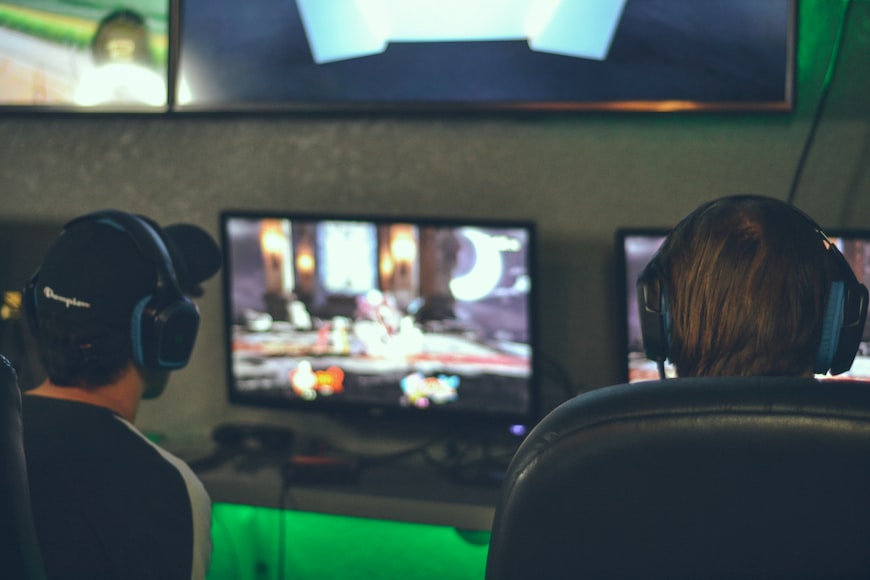