Hoodline has learned that construction of new glass elevators at Castro Muni Station and Harvey Milk Plaza (Market and Castro Streets) has been postponed until fall 2021.

The Munimetro remains closed, but construction of a new elevator was scheduled to begin this fall as part of a project to improve accessibility at Castro Station. According to SFMTA spokesman Kristen Holland, the project has been postponed until next fall due to design changes.

At the request of the neighboring group Friends of Harvey Milk Plaza (FHMP), a fourth stop has been added to serve the sidewalks of Market Street.

“We are pleased to add a fourth stop to the new 3-stop elevator for this project,” said Holland. At the fourth stop, riders on Muni’s 35th and 37th routes can enter the elevator directly and get off to the concourse level.

“The elevator will continue to include Harvey Milk Plaza and platform-level stops that were included in the original scope,” the Netherlands confirmed. 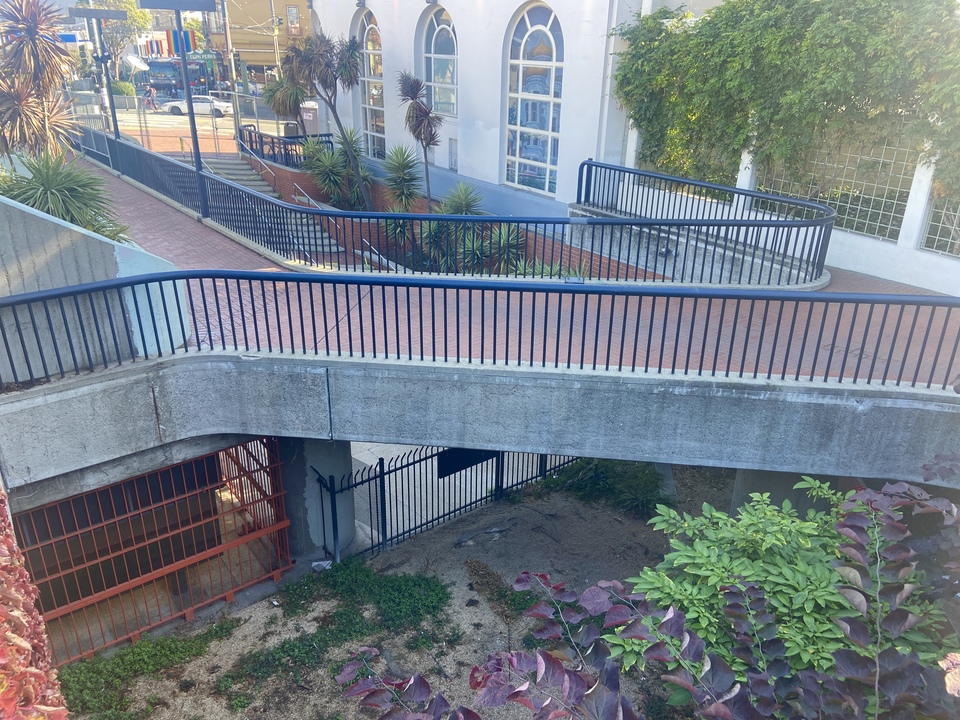 The new elevator will be built behind a metal fence. | Photo: Stephen Bracco / Foodline

“These design changes affect architectural and structural systems and require re-approval of some cities,” the Netherlands explained.

The new elevator will be built in a fenced area behind the exhibition in the photo square honoring milk. The project will widen the sidewalks, replace existing lights in the plaza, and upgrade the pavement above Castro Station to make it more accessible.

“We are working with the community to update our neighborhood with new design and construction schedules,” said the Netherlands. 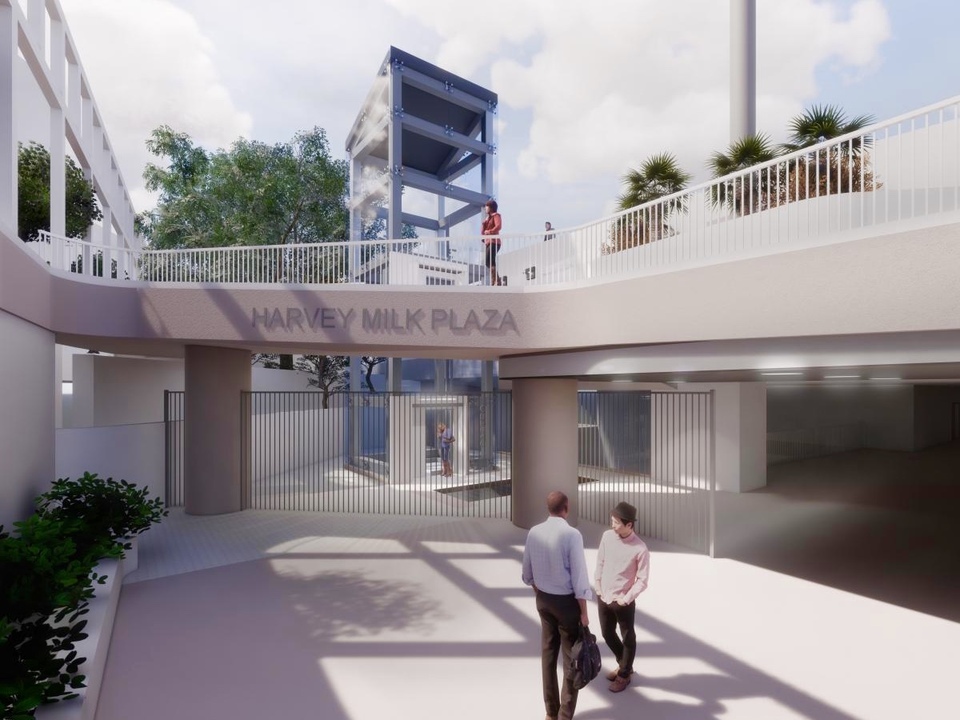 The design chosen for the new elevator will require the addition of stops. | Image: SFMTA

Andrea Aiello, president of FHMP, told Hoodline about two and a half years ago that he realized that it was impossible to work on the two projects together due to the delay in design and CEQA approval.

Since receiving Phase 1 approval from the SF Arts Commission in December 2018, the FHMP proposal has made no further progress in the city’s approval process.

Earlier this year, the project received a $ 1 million state grant from a planned redesign. The grant was initiated by the office of State Senator Scott Wiener and is managed by the San Francisco Parks Alliance.

Foodline readers will remember that FHMP first started the plaza redesign process in 2017 and chose to design the local company Perkins Eastman after international competition.

But since then, the project has seen many design revisions. The plan for a large on-site amphitheater was abandoned due to great public backlash. The pink freeform structure intended to replace it has also been modified. Critics of the proposal have long questioned whether Harvey Milk Plaza should be completely demolished and replaced, or simply an update to an existing layout. 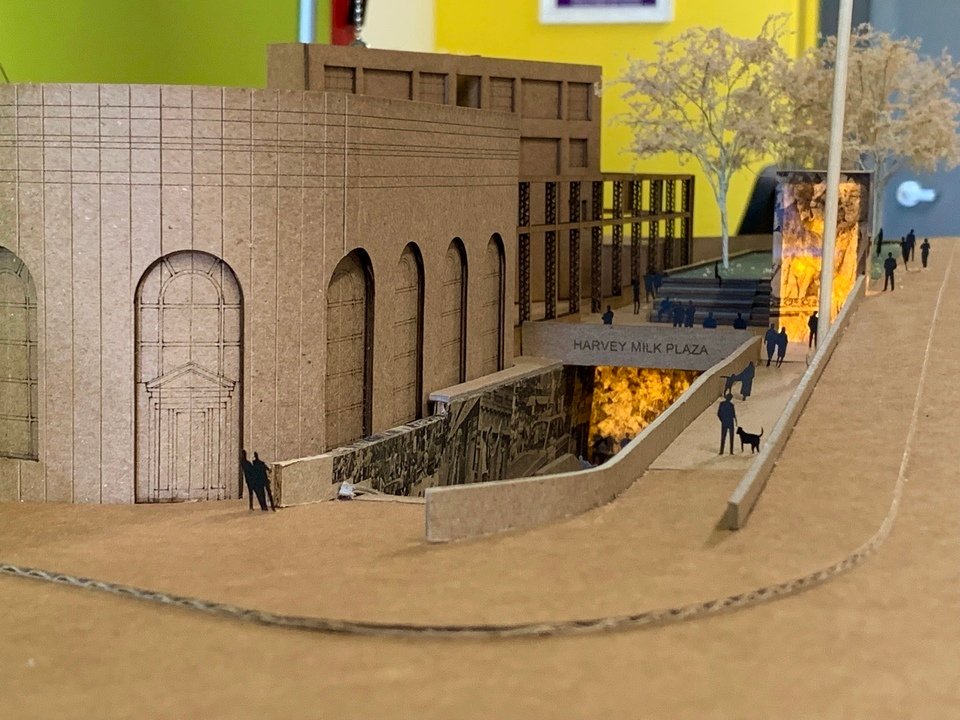 The initial model of the Plaza Redesign of the ROMA Design Group. | Photo: FHMP

Brian Springfield, FHMP’s interim secretary general, told Foodline a group affiliated with San Francisco’s design group Parklab. Just last week, the group released an RFP (Request for Proposal) invited to look for a new project design company. Earlier this year, FHMP broke up with Perkins Eastman, who had a contract to support the general phase of the project.

According to Springfield, FHMP will interview design candidates in January and make a decision by late January or early February 2021.

The delay in the elevator project was due to SFMTA’s announcement last week that some work had to be redone from the $ 52 million 2018 Twin Peaks Tunnel upgrade. 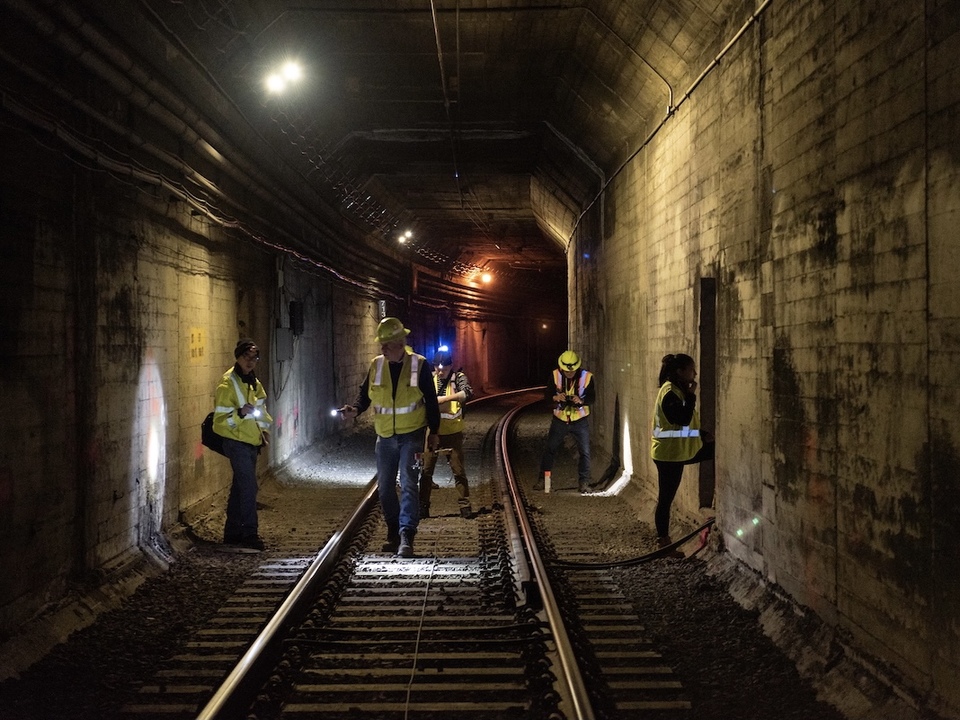 According to the SF Examiner, the dilapidated ballast rock that stabilizes the orbit needs to be replaced. Julie Kirschbaum, SFMTA’s transit director, revealed last month that the ballast lock was to be replaced under the original contract, but was reused to save time. And now, aging gravel is causing potential problems with railroad tracks.

Beginning November 30, SFMTA crew members will enter the tunnel from Collingwood to replace the dilapidated ballast rock. Construction will continue until February 2021, with a break from December 24th to New Year’s Day.